At Merged we combine our passion and expertise in terms of film, animation and 3D design. As a cameraman I make sure that everything is portrayed the right way. With the footage, you are trying to tell a story. It’s nice if the viewer understands the message you are trying to convey. 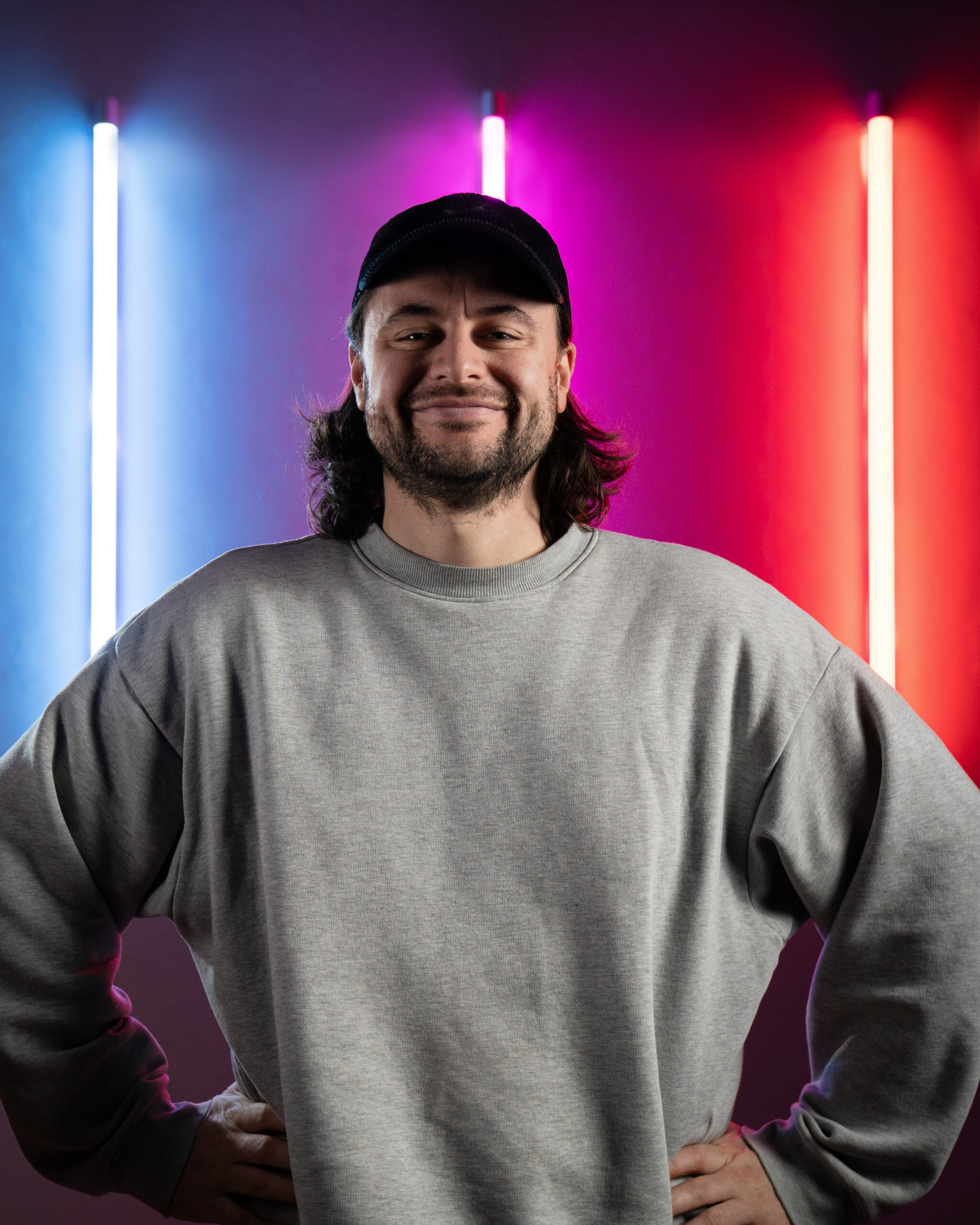 What does your professional world at Merged look like?

I consider it important to think along with our clients and to think a step ahead, due to the experience I gain on set. With my expertise I look at certain things from another perspective than how the client looks at them.

For me it’s important to know what the story is that has to be told, so I can convert it into video. That’s how we together decide how the story is being told. Thinking along with the client plays a big role in my job and a lot of clients appreciate this.

I am a real teamplayer. Everyone at Merged has their own speciality and it’s my job to make sure those specialties come together. Besides that I make sure that we have enough work and that I maintain contact with the clients. Building relationships with clients is something that I really enjoy in my work.

Which project really stands out for you?

A project that has stayed with me, was the mega shoot for Nike in co-production with Media Monks which we completed last January. A complete gym was reconstructed in the studio. During this shoot we recorded 41 various films for the Nike training app.

In team meetings we discussed how we would achieve the client’s wishes. I gave advice on the different camera movements that the director had in mind. This resulted in a dolly with a jib arm on set. This way, we were able to make various films with the exact same movements. On top of that I discussed the light set-up with the light crew for the best natural light output.

Although it was a tough week, you don’t forget something like this easily. It’s nice to be able to contribute to this size production with the experience you have gained in past years.  If everything turns out well, it is satisfying and you feel you really have created something beautiful together. 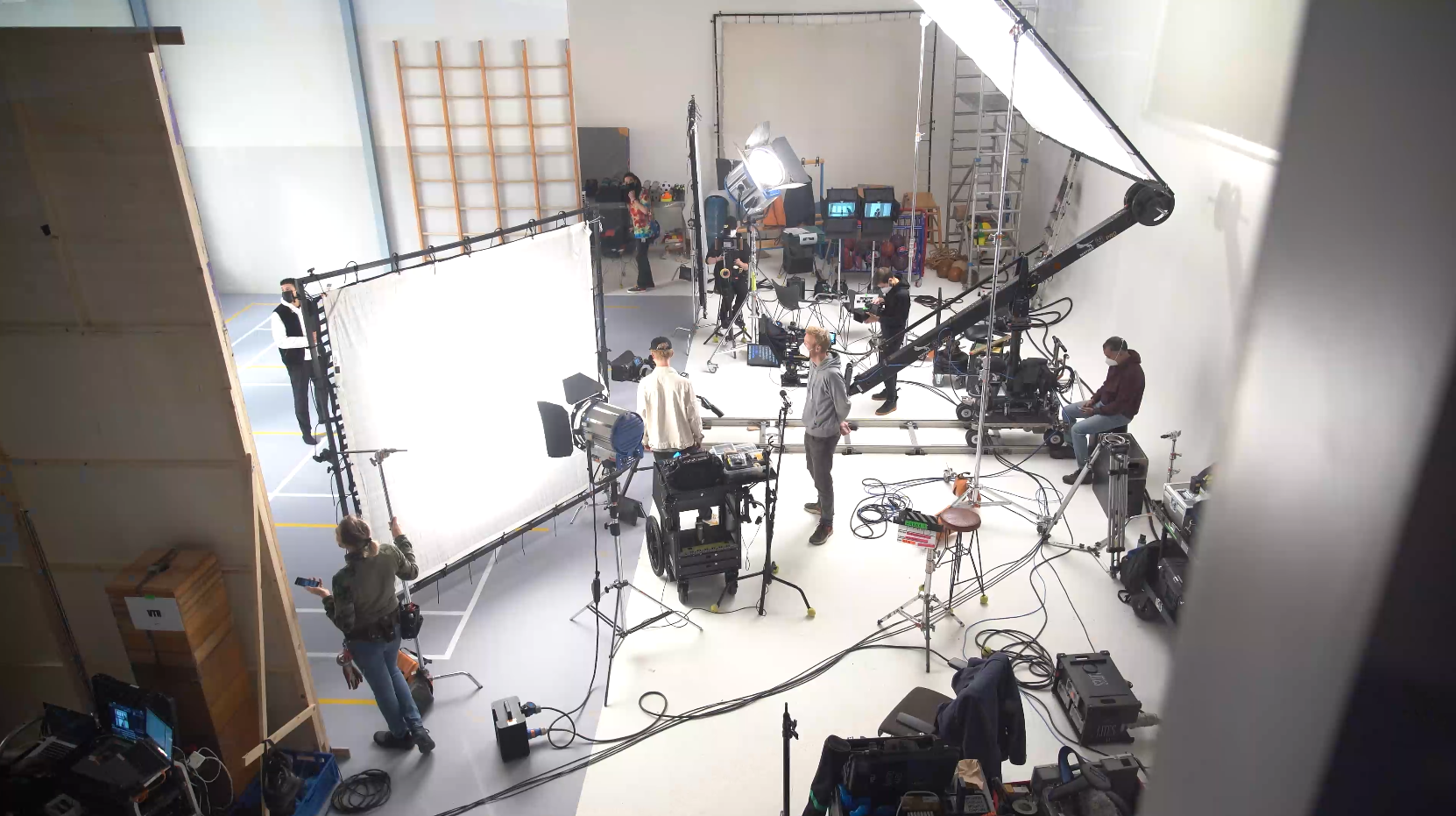 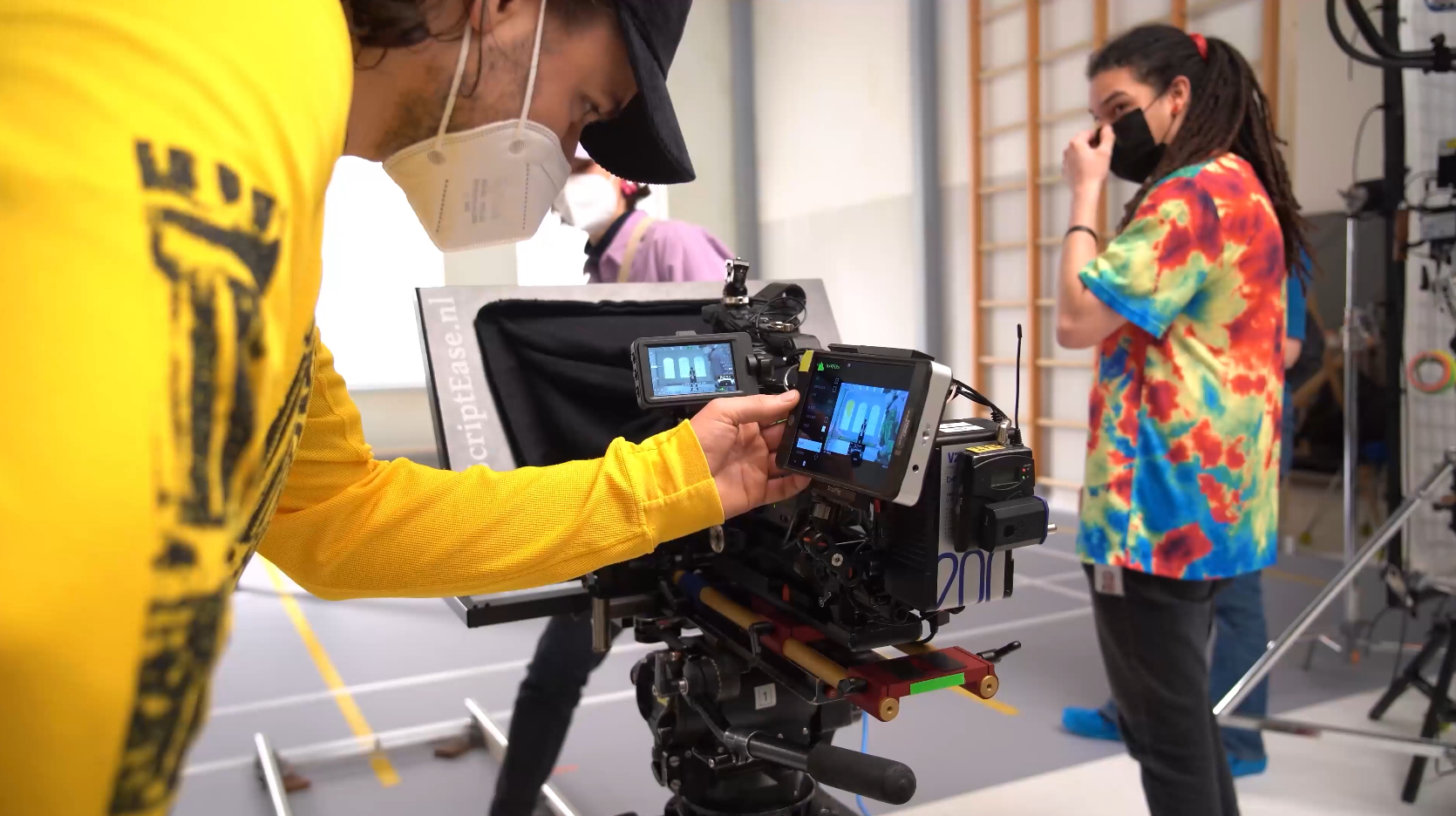 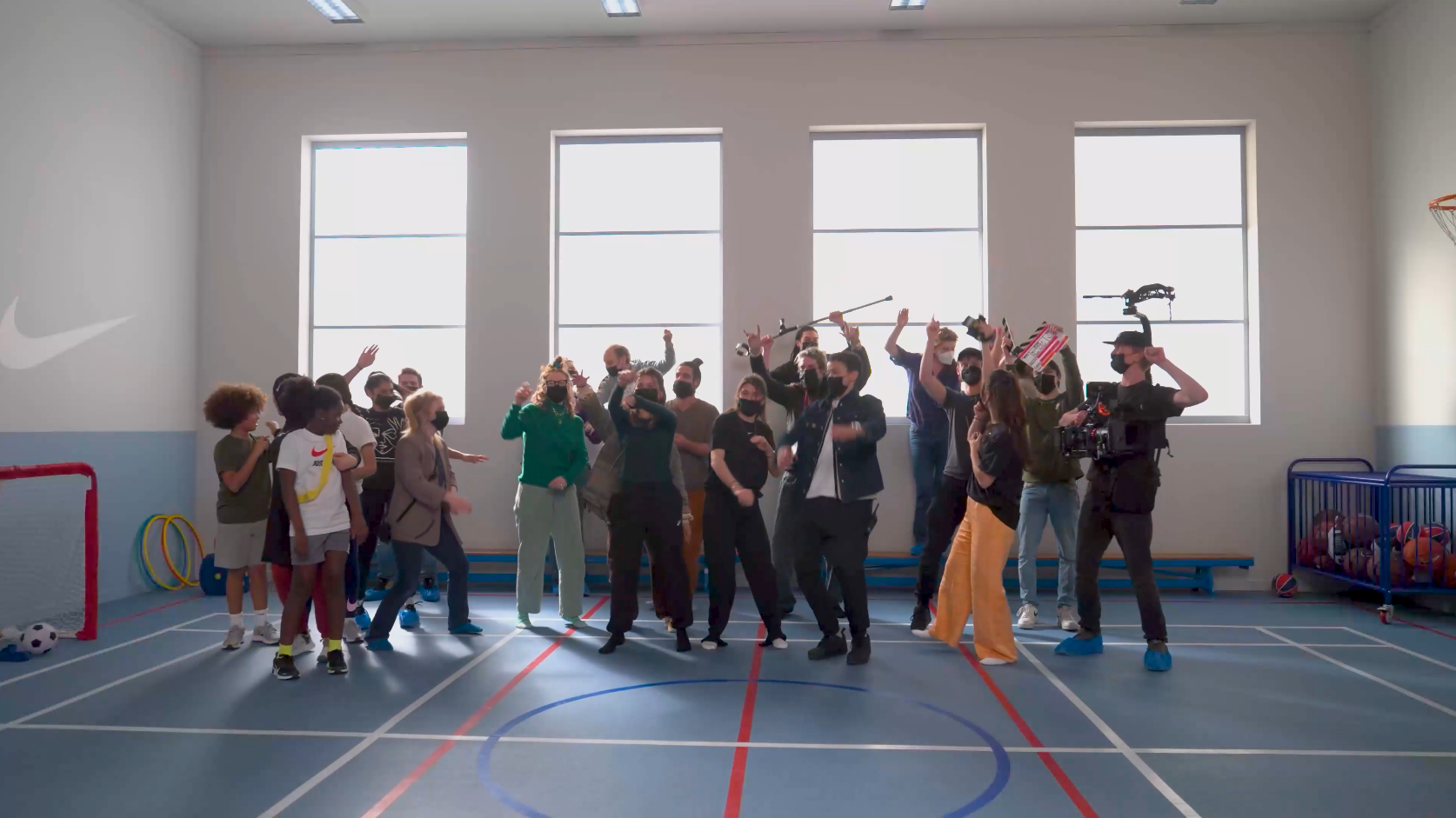 What does Merged have to offer, to tell your story in the best possible way?

Merged has a wide range of cameras. Looking at the cameras we use the most at our jobs, these are the ones we have at our disposal. Does the client have other wishes? Then we will rent whatever we need.

It’s becoming increasingly easy for camera operators. Back in the day we had to do everything manually such as focussing. Nowadays you only have to tap the screen and you’re sure that it’s focussed. On top of that there have been various colour profiles added.

It’s possible to film more towards the grey tones. That way you create more information in the colours, which gives you the possibility to edit the colours in post processing. If there’s no time for post processing, there are also colour profiles available that make it look good right away. These are nice developments but it increases competition by making it less and less complicated.

When you are on set with a film crew, there is a cameraman, focus puller, director, illuminator, recording leader etc. Because everyone is engaged in their own task, it ensures that everything runs smoothly. Therefore it’s preferable to do a shoot with a team rather than alone.

“We look at how we can help you in the best way possible for the budget that suits you.”

Do you want to know how we can help you to tell your story in the best possible way? Please contact us, we will be happy to discuss all posibilities with you. 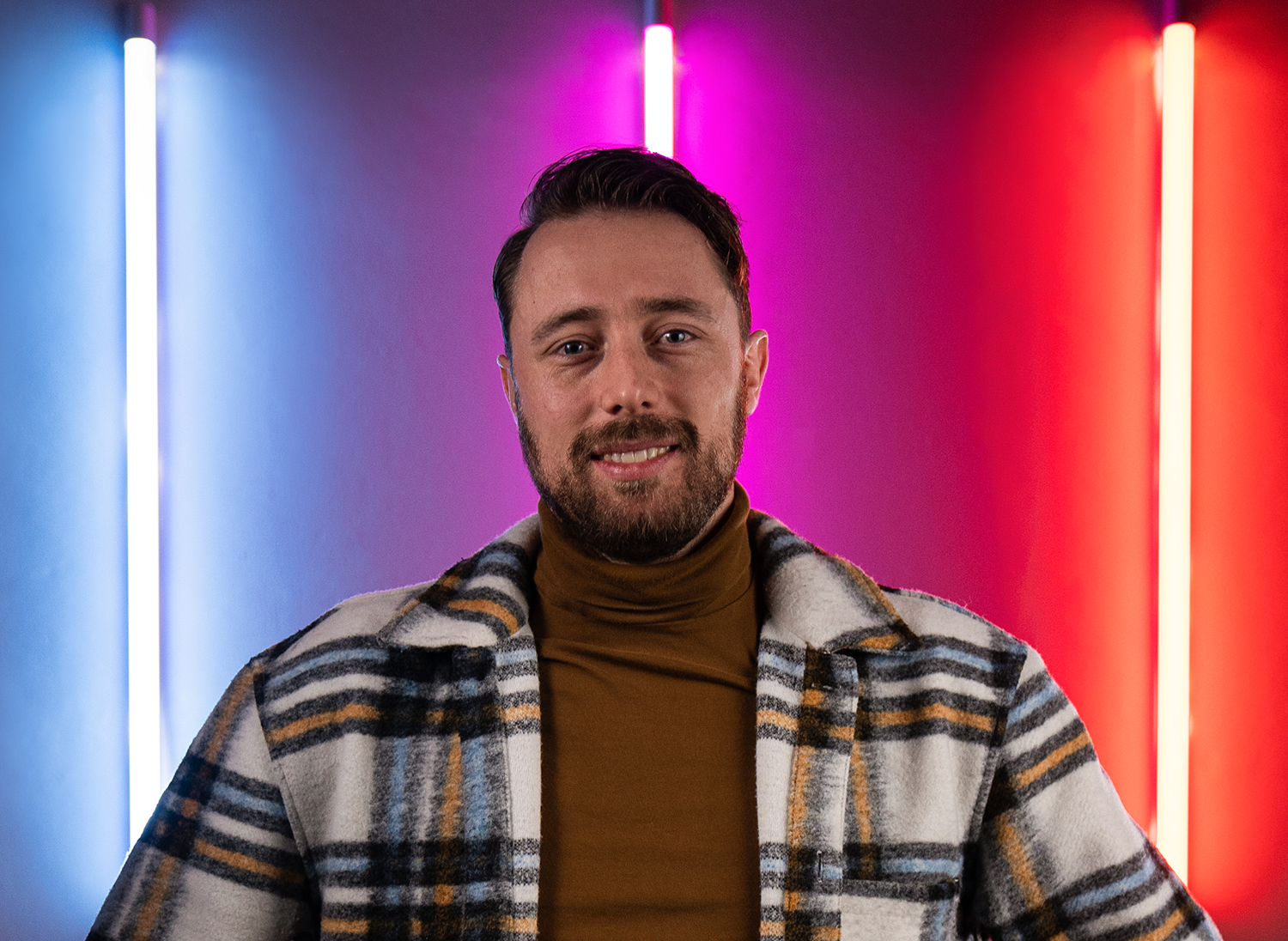